This term we'll be investigating NZ culture. One of our learning intentions will be to predict what NZ culture might look like in the future? I've prepared this Thinglink image to provoke your thinking. 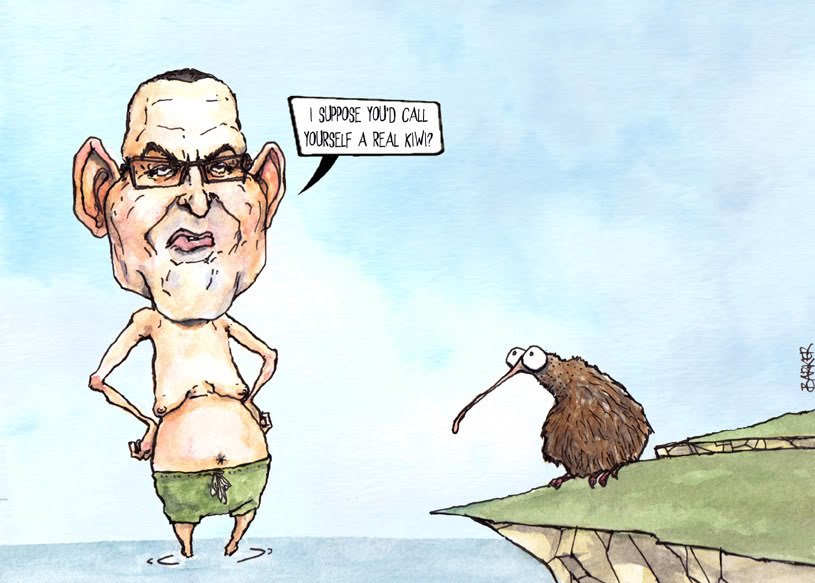 Posted by Anonymous at 2:28 pm No comments:

Everyone attending Kiwisport was on a little adventure to Te Pai courts for some fun sports games. It was chilly as Kiwisport kids walked slowly to Te Pai courts on 21 August. As we arrived at the courts we were followed by our school's netball players. Netball and Kiwisport parted ways and walked to their stations on different sides of metal link fences that were separating all the courts. There was a load of games for Kiwisport to rotate around. The games HNS Team 1 played were :
Hockey
Reverse Team Tag
Chair Team Tag
Roll Ball
Let me explain them to you...

Hockey is pretty basic. You must have an even number of players on two teams. Each player is numbered so if the coach calls out "15" then number 15 from each team will run through their own team's goal and whichever team hits the ball through the opposing team's goal gets a point.

In reverse team tag you are split into as many teams as you want as long as they are fair. You are NOT allowed to tag anyone from your own team. When you tag someone they must crouch down and watch you until you get tagged and have to crouch, but if you tag someone at the same time then you must do rock, paper, scissors and the loser must crouch.

For this game you must have two even team and a row of chairs long enough to fit the whole team except for one person. Every second chair must be facing the opposite way to the chair before it. One team is named the Taggers and they must sit in the chairs except one person will be left out because they have no chair and they will be the first tagger, the other team is named the Runners and they must try not to get tagged by the taggers. The runners may run through chairs but the taggers can't. Taggers may touch other people sitting on chairs to get the current runner. Once that runner is caught then the person who is next in line will become the runner.

In my opinion the best part was reverse team tag because it was really fun and if you got tagged you still got to play. Overall I think that even though Kiwisport didn't win 1st, 2nd or 3rd we had a great time. One of our netball teams came first and the other came second so they couldn't have done any better except for a joint first place. I think we made our school proud!

Thanks for reading my Kiwisport story!

Posted by Anonymous at 9:49 am No comments:

Suddenly at 8o 'clock I ran into school  but first I ran into room1 to put down the chairs . Then ran into room 4 to try on my dress it took me 5 dresses to find the right one. Then at 8:45 Mr Rudd came on the court and rang the bell everyone had to go to class. After a while when we started  walking then I stepped in mud it was yuck . When everyone got to Te Pai I was ready for  today our first game was against Holy Cross I played GK(Goal Keeper) and I didn't  even get the ball but at the end we don't our cheer and we won 32-0. After a long time of playing we got lunch then I was so happy  how far my team has made it. Then when we came to the finals I said to myself "Hey I know that girl" she was from my club team and her name was Cherish  at the finals we were versing Western Heights. At the end we won 12-3, I was so proud of our teamwork today and how we played. I think our team showed great sportmanship  and cooperation

By Zoe
Posted by Anonymous at 10:38 am No comments:

This a a video that Iley took using a iMotion a timelapse photography app.

Room 1 has started term 3 with a hiss and a roar as they have thrown themselves into quizzes about NZ geography as we attempt to learn more about our country.

Each day we have been doing a quiz about NZ where we can show what we know about NZ and find out how much more there is to learn.

If you want to have a go at our first quiz click on this link or you can try either of our second or third quizzes. All you'll need is a second device to answer the questions on while the quiz questions come up on a first device.